Who Hit Who? Understanding Fault After An Accident

Chances are, you will think about who was at fault for your accident sooner or later. If your injuries are severe, you might have other things on your mind. However, fault is an extremely important part of an accident case. To find out how fault can affect your case, how it can be determined, and more, read on.

Fault Can Make Or Break Your Case

Although auto insurance can be viewed as a great equalizer, fault does matter if you want to go beyond being paid for all your damages. In most states, when an insured driver hits an insured driver, the insurance will pay for the expenses of both drivers, to a degree. Regardless of who is at fault for the accident, insurance will often cover medical expenses and the repair of a vehicle. However, the insurer for the driver found to be at fault will be responsible for paying those expenses for both drivers. That can cause an increase in premiums for the driver and more.

All that being said, fault matters in another big way. Most drivers suffer from a lot of damage. If the other driver is found to be at fault, victims can also expect to be paid for pain and suffering, lost wages, and more. Lest you disregard the above damages, know that pain and suffering can be an extremely valuable form of monetary damages. In some cases, several thousand dollars in compensation may be paid to those who are not at fault and have considerable medical costs.

When Fault Is Unresolved

It can be difficult to cope with an accident case when you are both injured and have to fight for your compensation. If you don't agree with the other driver or the way the other driver's insurance company has ruled about fault, don't stop there. You could be missing out on thousands of dollars in monetary damages if you just go along with the insurer. Take these actions so that fault can be properly determined:

Fault can be figured out using evidence. Your lawyer will scrutinize photographs from the accident scene, the locations of damage to the vehicle, solicit witness statements, and, if necessary, hire an accident reconstruction expert to determine proof of the way the accident occurred. For more information, contact an auto accident attorney near you. 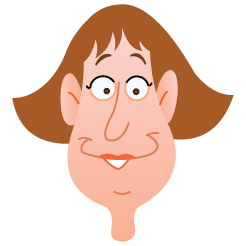